A company based in Cam which plays an important role in the global production of biscuits is celebrating its 100th anniversary in the field. P&S Textiles has been weaving specialist high-grade fabric conveyor belts since 1917 and over the past century has supplied them to factories in more than 50 countries.

Employing 13 people, it is one of only six weaving companies worldwide producing this kind of equipment.

The woven belt, known as a brayband, provides the surface on which biscuits travel through production facilities.

Firms from United Biscuits, Fox’s, Nestle and Walker’s, all have their belts supplied by the Cam company.

They extract dough shapes from rotary moulding drums – the standard technique since the mass-production of biscuits began – and enable factories to make high volumes of product quickly and at a relatively low cost.

Although P&S was acquired by Arville in 2000, links to its foundation have been retained with three current staff members part of the family which set it up.

One of them, Mike Edge, who manages the firm’s sales support, said: “As the world’s population increases and global food industry expands, P&S is busier than ever.

“Demand is at an all-time high.

“P&S is a great example of a small to medium enterprise with a long history continuing to go from strength to strength globally.

“The team’s success is down to the quality of the product and also the speedy and efficient service we provide when our customers need us.”

P&S’ importance to the Cam and Dursley community has been recognised with two Dursley streets – Weavers Close and Harrolds Close (after its founder) – named with reference to the factory at Draycott business park.

Previously operating from the Old Rope Works in Dursley, P&S has been the subject of several takeovers over the past century.

The business is still thriving with the its sales growth for this year tracked at 20 per cent. 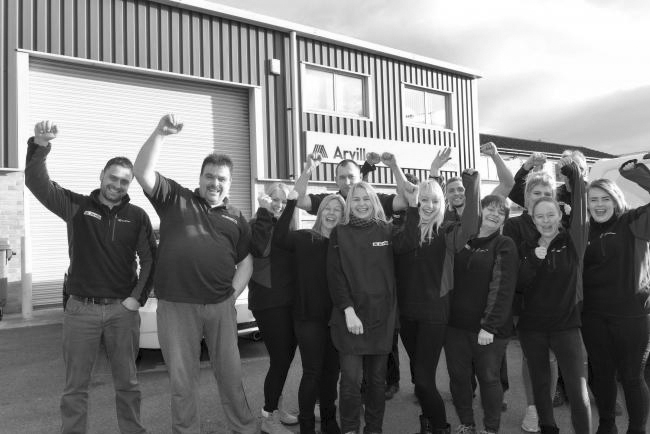