While demand for nutrition is increasing worldwide, biscuit consumption is rising accordingly. Demand for biscuits in the snack category has been increasing every day because of active life, women’s active participation into the business life, spending less time for cooking homemade food, and increased income level. Producers pay importance to this market that has been growing rapidly throughout the world. This rapidly growing market, which reached $76 billion 385 million by the end of 2017, attracted all small and large players in the industry. It is estimated that this market will reach $110 billion by 2025. It seems that there will be a fierce rivalry.

The rising demand for healthy snacks and rising food consumption per capita in developing countries keep the global biscuit market alive. The market is expected to continue its uptrend with easy-food demand, innovation in packaging, and an increase in the young population. Growth in the biscuit market has been boosting per capita consumption of biscuit consumption around the world.

Increasing technological developments and R&D efforts also lead to significant improvements in the biscuit industry. The production of biscuit has been increasing as the demand for biscuit are increasing, and the production gained a strong foothold in people’s nutrition, particularly in children’s meals. In addition, the demand for biscuits is on the rise, with product diversification and the development of technologies in accordance with demands.

As the biscuit’s price is relatively low, east-to-find, easy to consume as a basic food item, has a high nutritional value and is durable, biscuit has been preferred. It is very important for the development of the sector that the producers increase the product quality and expand the market share, give importance to the work on the product diversity, and make sufficient and stable studies on the brand introduction and generalization. The obligation to comply with the standards of the quality of the biscuit is especially important for exporting companies. In order to make a standard production, it is necessary to be selective in investments and raw materials.

To produce the desired quality and variety of products, it is obligatory that the flour, the most important raw material, can be supplied continuously and in the same quality. Since the products in the sector are not necessity goods, they can get attention with their quality features and attraction. The external appearance of the packaging contributes to the sale of the product while the quality and taste help to create a constant market. Moreover, the quality of the packaging of the exported biscuit, and the fact that the product is suitable for the taste of the exported country affects the exports positively.

GIANT MARKET WITH A VOLUME OF 76 BILLION DOLLARS

In the growth of the biscuit market, introduction of new product every day and attractive packaging have big influence. The customer’s awareness has pushed the producers to use reliable raw materials for biscuits; also, the customer’s willingness to consume ever-increasing health snacks motivates the sector. According to a report by the Transparency Market Research, world-wide biscuit market reached $ 76 billion 385 million at the end of 2017. According to the same report, before the end of 2025, the biscuit market is expected to reach a size of 109 billion 960 million dollars. According to the report, the global biscuit market is expected to achieve a strong annual compound growth rate of 4.7 percent on average, between 2017 and 2025. The sweet biscuits are expected to dominate the world market as more and more people opt to buy those biscuits among others.

According to the Transparency Market Research, plain biscuit dominated the world market that reached 76 billion 385 million USD by the end of 2017. The market of plain biscuit reached 25 billion 480 million USD in the last year. Chocolate biscuits follow the plan biscuits. Besides, sour cream, cheese and spicy biscuits along with fruits and nut biscuits are among the products that the sector expects big attraction. Experts believe that the plain biscuit segment will be the most attractive category in the forecast period between 2018 and 2025. The global salted biscuit market is decreasing compared to the plain and sweet biscuit market in the recent years. The salty biscuit market posted a negative compound annual growth rate of -1.37 percent between 2011 and 2016. The figure reached 24 billion 361 million dollars in 2016.

According to the product type, the biscuit market is divided sweet, salted, crackers, stuffed / coated, wafers and others. The sweet biscuit segment will be the most attractive segment in the forecast period due to the growing consumer preference for healthy biscuits. According to source’s type, the biscuit market can be divided into wheat, oats, maize and others. The wheat segment is estimated to have a significant revenue share of 48.4 percent in 2017; it is expected that a significant growth rate will be recorded during the estimation period. Asia Pacific is expected to show a higher growth rate compared to other markets due to a steadily growing customer base. This regional market is estimated to capture a modest annual compound growth rate of 4.9 percent.

Now, various biscuits are being produced by organizations of different sizes. However, today, despite the dominance of large-scale production companies, some of the original biscuits are produced by small-scale bakers. As a result, competition in the international arena has become very fierce due to a significant number of international and local players.

Many players who want to go one step ahead in the competition are considering the commercialization of unique flavours and unique packaging. In addition, producers are turning to new and healthier foods using healthy raw materials to produce biscuits. In other words, the fierce competition in the sector forces companies to make continual innovation and to increase quality.

The developing biscuit market continues its trend towards the production of healthier biscuit. Today, there is an increasing consumer demand for natural and non-GMO products in the biscuit market. Due to increased health awareness and food safety concerns, more consumers are turning to natural food. Besides, recovering life styles, increased easiness and popularization of new purchasing methods like virtual super markets and mobile shopping keep the sector alive. Since the biscuit producers have easily storable products for e-trade, the increasing online retailers are driving force for the biscuit producers. Factors that accelerated the growth of global biscuit market share are rapid urbanization, growth in spendable income and settled-lifestyles. The market is witnessing the penetration of supermarkets and shopping centres that provide the overall visibility of various biscuits in different flavours and shapes. Television advertisements for the industry have become promotional strategies as part of marketing. Marketing techniques and strategies are also helping the market grow. For this reason, biscuit producers are constantly seeking new ideas and combinations that fuel consumer interest. However, fierce competition and high costs of raw materials are source of concern that would prevent the growth of the market. Analysts claim that increasing competition among key players in the market leads to a decline in profit margins for biscuit producers.

The fierce competition in the sector has intensified with price battles among the leading actors of the market. Therefore, it is expected that the players will increase the efficiency from logistics to distribution, from marketing to exporting.

THE SECTOR’S EXPORT IN THE WORLD

Today, the biscuit sector is a well-organized and growing market both domestically and abroad. The leading European Union countries in the production of world biscuits are also the most important exporter countries in the biscuit exports. According to the Ministry of Economy’s biscuits sector report for 2017, the growth in the sweet biscuits product group showed a decline in the recent periods. Exports of sweet biscuits in the world decreased by 8 percent in 2015 to about $ 7.1 billion compared to the previous year.

EU countries (especially England, Germany, Belgium, Italy, France, Spain and the Netherlands) and Canada are at the forefront in world biscuit production and exports. The highest amount of production belongs to Germany within the EU countries. Germany is followed by Italy, the UK, Spain and France. At the same time, Germany, the Netherlands, Belgium, the United Kingdom and Mexico are the most important exporter countries. On a value basis, approximately 34 percent of the world’s total biscuit exports in 2015 were carried out by these countries.

THE SECTOR’S IMPORT IN THE WORLD

The most important markets for importing sweet biscuits in the world are USA, France, England, Germany and China respectively. The total share of these countries in world imports is 36.6 percent. The United States, which imports about 947 million US Dollars and has 13 percent share in the world, is at the top in the import of biscuits. The United States is followed by France with 7.3 percent, the UK with 6.2 percent, and Germany with 6 percent and China with 4.2 percent. These countries are followed by the Netherlands, Belgium and Canada.

As a part of international expansion in the recent years, Turkey’s biscuit factories have increased their varieties and applied scientific methods and modernized their technologies. Today, more than 40 factories operate in the sector, most of them with modern technology. According to Turkey Statistical Institute (TUIK) data, about 710 thousand tons of biscuit is produced in Turkey as of 2014. The sector aims to expand the current market size by evaluating the consumption trend of the young population through product and packaging diversification. Likewise in previous years, in 2015, Turkish companies exported mostly sweet biscuits. As of 2015, Iraq is the most important market for sweet biscuits for Turkey with having 20 percent export share. This country is followed by other important markets such as Yemen, Saudi Arabia, Syria, Lebanon and Azerbaijan respectively. As for other biscuits, in 2015, Iraq was the most important market with having 19 percent share for other biscuits. Iraq is followed by important markets such as Azerbaijan, Palestine (Gaza) and Albania.

The global wafer biscuits market is expected to record an annual compound growth rate of 4.3 percent over the period from 2018 to 2023. Innovation in this sector is the key to gaining market share; for this reason most consumers are constantly renewing their products. Just like biscuits, European region has the biggest wafer market in the world. Europe has a share of 31 percent in the global wafer biscuit market. According to experts, this is the case since Europe has higher life standard and there are many producers. North America, along with the US leaders in the region, is the second largest market for wafer biscuits. However, due to increased health concerns among consumers, the increase in the consumption of wafer biscuits is decreasing in this region. The Asia-Pacific region is expected to be the fastest-growing market during the forecast period, which can be attributed to a shift in consumer preference and increasing spendable income. China and India are the main markets in this region. 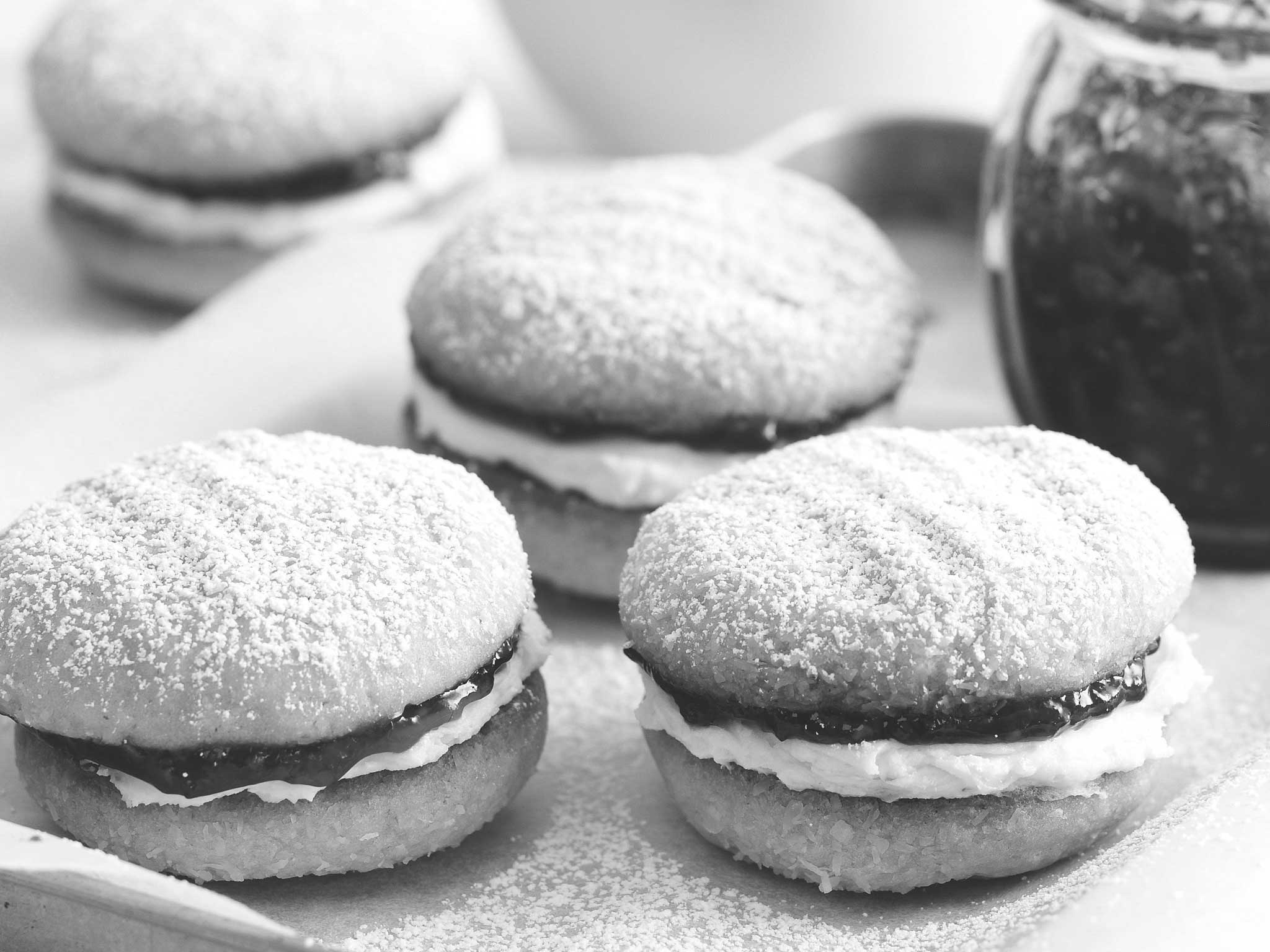